Supported by generous donations from real people, just like you, our team works tirelessly developing programs that result in meaningful change. And that change is what leads step by step into a brighter future.​

At Ste. Jeanne D’Arc Haiti Foundation we are working to create hope and the opportunity for a better world. We can only do it with your help.
Join with us in our mission and donate now. 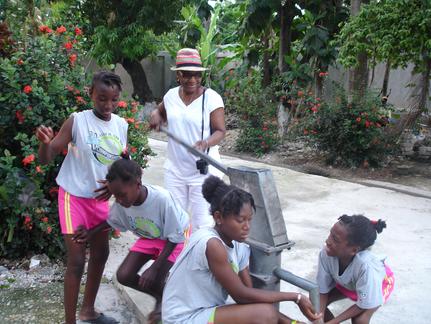 Thank you for contacting us! If needed, you will hear back within 48-72 hours. 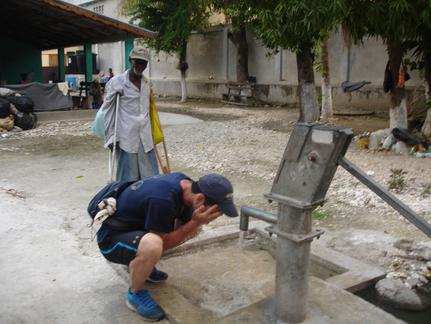 We contacted a driller for the construction of three deep water wells to provide clean subterranean drinking water in strategic areas of Petit-Goave.

These wells support various families from many rural communities with water for drinking, cooking, cleaning, and irrigation.

They have made a vital difference to the health of Haitians living in Petit-Goave and neighboring towns. They have saved thousands of lives from the cholera outbreak which was rampant in Haiti after the earthquake.

The overall population of Petit-Goave are highly grateful for our efforts.

Before the January 2010 devastating earthquake, about 75% of the population of Petit-Goave did not have access to clean drinking water. This has resulted in contaminated water carrying diseases such as chronic diarrhea and typhoid.

To alleviate this situation, one of the goals of the foundation is to build clean water wells in rural areas of Petit-Goave.

For instance, one water system was built in Chabanne in 2006.

The water system failed during the 2010 earthquake and the flow became less than 1 gallon per hour.